Home blockchain Baby CyberMiles has the potential to evict Ethereum 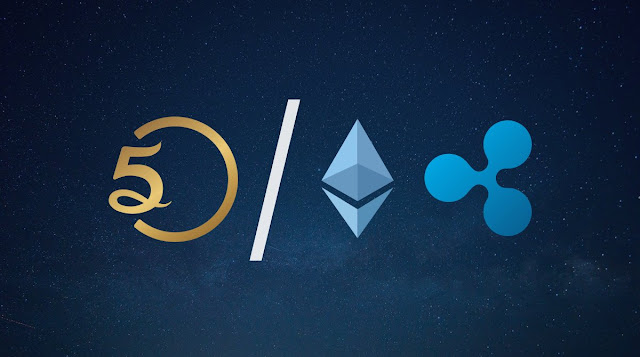 CyberMiles is the most powerful blockchain technology developed in collaboration between 5xlab and 5miles which is a c2c company that has more than 12 million users. 5miles will be the first platform that will implement blockchain technology from CyberMiles, while 5xlab, will continue to develop this blockchain technology. CyberMiles will be an updated blockchain technology to meet the current needs of today’s blockchain and smart contract technologies and CyberMiles’ main focus is to be the most trusted platform. The ultimate goal of CyberMiles is to be a technology that helps the growth of the e-commerce industry and enhances trust between networks in an ecosystem.
ICO (Initial Coins Offering) is a fundraising event to seek support from cryptocurrency investors to build and grow related platforms. CyberMiles has held ICO event on November 21, 2017 and succeeded in reaching hardcap of 30,000,000 USD. This is a very good achievement. The investors are very confident with CyberMiles because this platform is a favorite of investors. Honestly, I deeply appreciate the performance of Violin Wang, who has succeeded ICO for CyberMiles to gain the trust of thousands of investors. At the time of ICO the price of CMT (CyberMiles Token) is 1 ETH = 7000 CMT or stara with 0.00014 ETH / CMT, now the price in the market has grown at a price of 0.00019 ETH / CMT. This is a remarkable achievement, where the cryptocurrency market is experiencing bad news storms, but CMT still exists showing its existence to remain stable.
Blockchain
Blockchain is a distributed ledger where all data and transactions stored on the blockchain, publicly accessible and display the actual data. Transparency is a key feature embedded in any blockchain technology. Because, all the chain flow of data movement, can be tracked accurately. Also, the presence of blockchain technology, ensuring the stored data becomes more secure because no party can secretly alter or audit the data.

CyberMiles is a project of 5miles, which already has more than 12 million users. Since 2014 5miles was formed, then in Q1 2015 5miles launching platform in U.S and get a remarkable welcome from the public. Every month, the 5miles platform always updates and platform development. Starting from security, fraud detection, data verification and others are always implemented for the convenience of users. Then in Q1 2017, 5miles became the favorite app on U.S with 11 million users, and the number continues to grow as time goes by.Then in August 2017, 5miles teamed up with 5xlab to focus on forming CyberMiles to facilitate the 5miles platform. Then in Q4 2017 CyberMiles held ICO and succeeded by reaching 30,000,000 USD. And now CyberMiles is in development, and will be doing a Test-net event on March 30, 2018. You can participate and also watch its progress through live conferences to be performed from the team. Please join his telegram group at https://t.me/cybermilestoken to get update information.

CyberMiles, is the latest generation of Ethereum, so some features that may not exist in Ethereum, allowing it to exist on the CyberMiles platform.
Ethereum has become the most popular altcoin after Bitcoin, as evidenced by the substantial daily volume of Ethereum trading and ranked second by daily trading volume across the cryptocurrency exchange. Ethereum network capable of processing 10 transactions every second, this speed is very slow and vulnerable. The Ethereum Network has been hit by CryptoKitties attacks which caused the transaction cost to increase dramatically to 10 times, and pending transactions accumulated to thousands. This kind of thing will not happen to CyberMiles blockchain. CyberMiles offers a speed of 10,000 transactions per second that can be processed. That way, you can make transactions as fast as lightning and certainly safe.
The consensus used by the Ethereum network is PoW (Proof Of Work) where, one can get ETH by mining. This method is considered very wasteful and not practical. You should buy a set of RIG Mining with the best VGA and also have to pay attention to the calculation of resources that must be removed. Ethereum must require enormous capital to get it, unlike CyberMiles, consesnsus from CyberMiles is PoS (Proof Of Stake), where one gets CMT just by storing the CMT on each wallet. This method is the most simple and easy to do by anyone, without having to spend big capital.
Etherealum maturity has reached the stage of production, while CyberMiles, still in development stage, so the possibility of CMT prices will continue to rise until the stage of launching. In its use, Ethereum targets the general market, so there are no specific markets that get excellent features, unlike CyberMiles. CyberMiles focuses on e-commerce business which is a big growing industry, so additional feature features will exist for e-commerce businesspeople. CyberMiles will come with a more user friendly UI interface, making it easier for its users to operate the services provided by the CyberMiles platform.