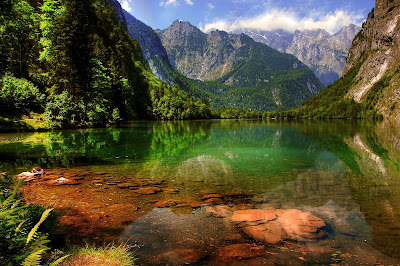 We live in a vast world with many different traditional customs in every region, different landscapes in every place, different nuances of nature in every country, and there are still so many differences that we can not explore ourselves. Exploration of the new world is a freedom, whereas life is about interaction. Interacting with controlled robots now does not feel alive anymore. Humans need something more pure than robots and A.I to explore the world wide.

UbiatarPlay is a unique job marketplace that connects people around the world with cryptocurrency support. With the support directly from Ubiatar Inc, UbiatarPlay will provide benefits for people who want the sights, sounds, activities or anything that happens in a place. All work will be done directly by humans, so the original impression will remain and users will feel more satisfied.
UbiatarPlay also comes with tremendous benefits for the unemployed or perhaps the workers who have a lot of time. They can earn extra income by helping others explore the wider world again. Cooperation between people in other countries will be able to improve the relationship between the two, and certainly someone can make new friends or maybe be a lover of their lives.
The simple work of UbiatarPlay is an individual (Avatar) who has a camera on a smartphone and explores in each local place. Everything that is seen, heard by Avatar will be sent over the network to Usar, that is someone who stays home to instruct Avatar to do something with his smartphone camera. This activity will be like a live streaming video made by Usar, and the camera is held by Avatar. A Usar will get its own satisfaction, because Avatar can be arranged more flexibly to help explore the local world.
I think personally (my opinion), UbiatarPlay will be a very useful platform for people who want to do refreshing or can also to know the latest conditions around a particular location. UbiatarPlay can help one’s economy just by using a smartphone and connecting between Usar, who gave the job and Avatar, who does the work given from Usar. Supported by Ubiatar inc, a large company from Silicon Valley, US is a good capital for the team to be able to kick start project UbiatarPlay.

Ubiatar enterprise platform, has developed client applications to be accessible to users easily. Ubiatar can be accessed through all available app marketplace. Smartphone users can also access the app directly.
You can access Ubiatar through Android app that has been available version 2.1 in Google Play Store. IOS users can also directly enjoy the application that has been available version 2.1 Ubiatar in the App Store. In addition through the application, you can also access directly through the web browser. So all platforms like Linux, Windows and Mac can access Ubiatar platform via web browser available on each computer.

When a person’s life needs begin to grow, then the technology will continue to be developed. The future is a time when everyone is asking what will become of us in the future. UbiatarPlay has had a great plan to welcome the future. VR (Virtual Reality) is the goal of UbiatarPlay platform, where user (Usar) can get 360 degree view at a certain place far from location. Maybe now UbiatarPlay is still in the development stage, but the plan is the most fitting thing to create future targets.
With 360 degree view, users can get more complete information and details about the state of a location. Visualization will be like in panorama system, where Usar can click and drag to shift view, or with VR visualization product.
Ubiatar will create a homemade official VR product, allowing Users to get a VR device at a cheaper price. Later, users will be able to put their smartphone in VR hardware purchased through Ubiatar platform.

To facilitate any kind of transaction that occurs globally between Usar and Avatar, then token system is used. Delivery of funds will be easier without any obstacle from the rules of banking rules that always make complicated transaction. Ubiatar will issue UAC (Ubiatar Coin) which will be used as a transaction tool worldwide. In addition to stored in the wallet, you can also move the balance UAC to Ubiatar Debit Card to shop, also VISA / MasterCard receive it.
The advantage of having UAC is to prioritize Avatar visualization to offer events on Usar during an Avatar search. In addition users can also get a booster ranking, where one can raise the level to look professional in the eyes of other users. If you have 100 UAC in your wallet, then Ubiatar Debit Card, will not charge a monthly fee of 5 UAC per month.
UAC can be obtained through ICO event held directly by developers and team from UbiatarPlay project. ICO was held with the aim to seek financial support from the entire cryptocurrency community in the world to be used as initial capital to set up a platform. Here UAC ICO information that you can note if you want to contribute in providing support to UbiatarPlay project :

Tim behind the project 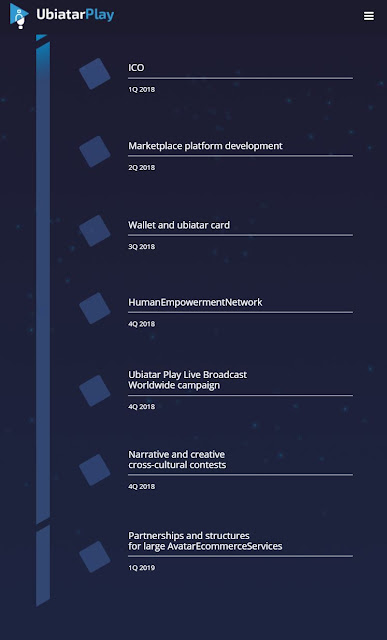