Home blockchain MenaPay : Cryptocurrency With The Most Stable Price for Daily Transactions in The MENA Region 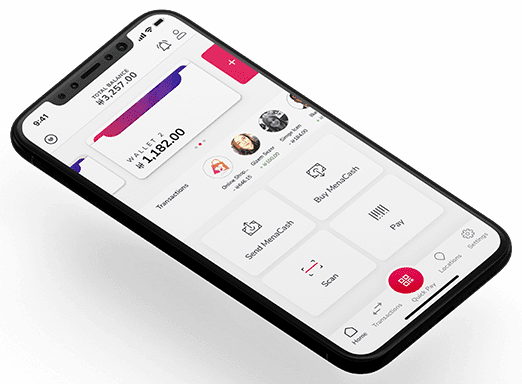 Middle Eastern and African countries are countries with Muslim populations. In Islamic law, the practice of the banking business model is strictly prohibited, because of the concept of usury which is prohibited in Islam. Muslims in the Middle East and Africa must look for others to be able to transact easily without having religious rules. Until now there has been no solution for Muslims in making transactions to see the role of the bank, which is in accordance with Islamic law.

MenaPay is a cryptocurrency that is fully supported by USD based on blockchain for payment gateways in the MENA (Middle East and North Africa) region. Yes, with the support of USD, it will make Mpay prices, which is the official token of the MenaPay platform to be very stable. If it is equal to USD, the price of 1 MenaCash = 1 USD. With this MenaPay, we can all transact buying and selling comfortably without having to think about the fluctuations in cryptocurrency prices that often occur on other coins. Very fast price fluctuations, is indeed a reason, why until now cryptocurrency is very difficult to adopt for transaction purposes. MenaPay provides a solution to that.
MenaPay is based on blockchain, which is a technology that is now highly expected by the entire cryptocurrency community to be able to be adopted in the future. Blockchain itself is a distributed ledger that can replace the role of third parties in conducting transactions. Blockchain is a compulsory technology in cryptocurrency, because every transaction will always be sequential and chain, so that all transactions using blockchain will be easily tracked. Besides that, another feature of blockchain is that the stored data is valid, cannot be changed, and the level of transparency is very high.
Currently for payment purposes is still controlled by PayPal and Credit Cards, which we know that both methods are very costly in sending money. PayPal also applies limit transfers which cause us to be hampered when we want to make transactions. While Credit Cards impose a substantial monthly fee that regularly eats our money. The best solution in my opinion is MenaPay, where someone can enjoy the ease of transaction and of course it’s cheap and safe.

At present there are around 420 million population in the Middle East and Africa. And I was very surprised that 86% of the total was not related to banking. This is a very good opportunity to be able to be a business model that is mutually beneficial between users and developers. At the same time, developers will also introduce to the population in MENA, regarding blockchain technology. Take it easy for those of you who don’t know what blockchain is, the team from MenaPay will still facilitate all the transaction processes for you, even if you are a new user.

MenaPay applies a new standard in the world of cryptocurrency that is mutually beneficial for users and investors. You can make P2P (Peer To Peer) transactions, P2M (Peer To Merchant), M2F (Merchant To Foundation) in just a few clicks. The following are products released by MenaPay for business purposes

Mobile application that is very suitable for our daily needs. Pay in just seconds via a smartphone. Scan QR Code and some tap to send and receive cryptocrurency directly through a secure and fast blockchain network.

MenaPay Token Sale is a fundraising tool for cryptocurrency investors who want to support the MenaPay project to get it right. A total of 400 million MenaPay Tokens will be published, and as much as 64% will be sold publicly. From the results of the sale, as much as 40% of the money obtained will be used for marketing, and the rest will be used for operating costs, development and others. MenaPay Token is an Ethereum ERC 20-based token. The price for 1 MenaPay Token is 0.165 USD. Payments received are BTC, ETH, LTC, BCH and Fiat. The minimum sales target is to get 5 million USD while the maximum yield that can be achieved is 25 million USD. For those of you who are interested in becoming an investor of the MenaPay project, please visit https://www.menapay.io/